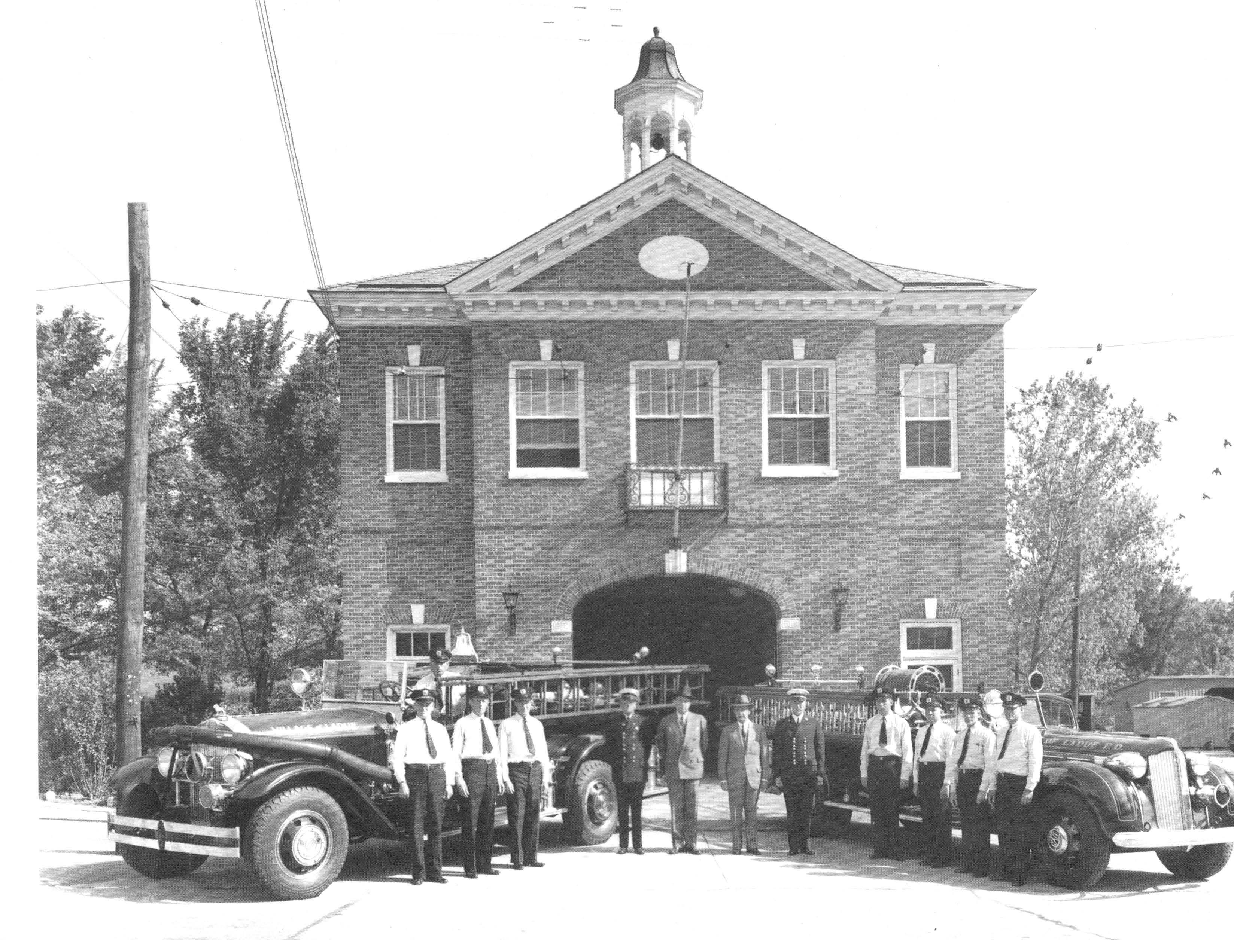 The beginnings of the Ladue Fire Department came in 1929, when Walter R. Manye and A. Wessel Shepleigh, along with other interested parties, discussed plans to purchase firefighting equipment.  In 1931 the Village of Ladue purchase a $40,000 bond issue and immediately began construction of a new village hall, fire and police station.

The first fire truck to be purchases was a new 1931 General Monarch.  It was a 750-gallon per minute pumper, built by the General Manufacturing Company of St. Louis.

The men protected the Village of Ladue and, under contract provided fire protection to the villages of McKnight and Deer Creek.  The new firefighters worked four twenty-four hour shifts in a row and received two one-hour periods each for lunch and dinner.  The fifth day in each cycle was their day off and then the cycle repeated itself.  The starting salary was $75 per month, but before long, it was raised to $150 per month.

In 1937, after the three villages formed the City of Ladue, a second pumper was purchased.  It was a 1937 Packard, 12 cylinder, with a 750 GPM pump, purchases from the General Fire Truck Manufacturing Company of Detroit.

In 1946, the original 1931 General Monarch pumper was replaced with a new Mack 1000 GPM fire truck.  By this time the City had grown and required a larger pump capacity.

As the area continued to grow, the Insurance Service Bureau recommended the two fire companies be located at separate locations, to provide a quicker response time to all areas within the city.  Property was purchased, and in 1950, two new fire stations were built at their present locations along Clayton Road.

In 1977, the City of Ladue initiated its Advanced Life Support program.  Twelve firefighters were cross-trained as paramedics and staffing was increased to thirty-two.

As of 2013, the entire staff of thirty-two are dual trained as firefighter and Missouri licensed paramedics.

In 2012, the City Council supported the plan to replace both fire stations.  Groundbreaking for fire station #2 happened on December 6, 2014.

The Fire Department is the equivalent of a second family, and a close bond is developed between the personnel.  Whether responding to a medical emergency or a fire call, everyone must work together as a team.

The members of the Ladue Fire Department are proud to serve the residents of Ladue and will endeavor to provide the best of service, whether our mission is a fire call or a medical emergency.